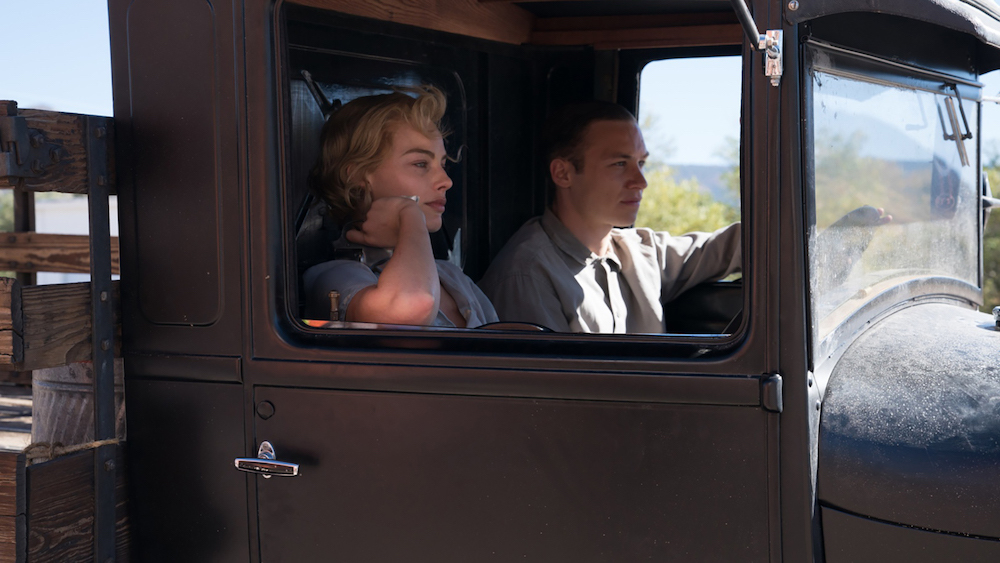 Since Margot Robbie and Finn Cole were cast as leads in Dreamland, there’s been a global pandemic, two Oscar nominations and a trip back to post-war Birmingham. But at long last, this coming-of-age Dust Bowl drama from writer Nicolaas Zwart and director Miles Joris-Peyrafitte is brought to the big and small screen – at a time when people need new, escapism content the most.  And escapism is exactly where this Depression-era story starts.

On the brink of adulthood, 17-year-old Eugene Evans dreams of a life outside the one he’s in – a tension-filled existence with his mother, half-sister and unkind stepfather. If only he had enough money and wherewithal to find his real father, the man that abandoned him long ago for the gulf shores of Mexico. Surprisingly, he finds the answers he’s looking for when he discovers a bloody, beautiful woman hiding in the family barn. With a $10,000 bounty on her, Allison Wells (Robbie) pleads her case to Eugene, tearfully explaining that she’s not a killer. Lucky for her, he listens.

The story unfolds in traditional, noir-like fashion with romance and violence and slow revelations. It’s comforting, almost, to watch a film that you can picture in black and white from the distinct era that was the golden age of cinema. Both actors fit that time, too, physically and in spirit. Though you could never tell from their convincing accents, neither actor is American, yet they easily slip into their all-American roles. Margot Robbie is an actress of her generation, her empathy evident in every role she takes, and while her chemistry with an equally-engaging Finn Cole doesn’t feel quite romantic (and maybe that was intentional) they’re a joy to watch on screen.

However predictable or unpredictable one might view the plot, it’s second to how Dreamland looks and feels. Cinematographer Lyle Vincent creates a work of art, from the way the sunlight touches the characters at just the right moment to the wide shots that capture the vastness of the plains. While I imagine every filmmaker is challenged by this pandemic, knowing the release of their film wouldn’t be “normal,” I think it works in their favor here. Watching this movie will feel a true change of scenery from people’s living rooms, not only in geography but in time. They’ll be reminded that each generation had an overall struggle, whether it’s the Dust Bowl or the Depression or war, nature or sickness and every person that has ever existed has their own dreamland.

In select theaters on November 13 and available on Premium Video-On-Demand and Digital November 17.