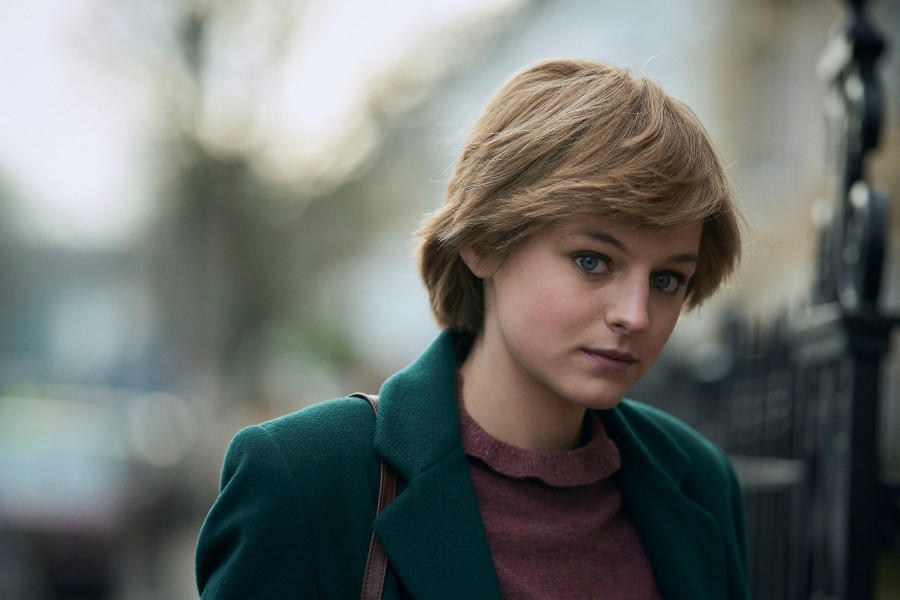 As the holiday season approaches, Netflix gifts us Peter Morgan’s stunning fourth season of The Crown, raising the curtain on the 1980s when royal, political and marital turmoil dominated the lives of Queen Elizabeth II (Olivia Colman), Margaret Thatcher (Gillian Anderson) and Lady Diana Spencer (Emma Corrin). With an overarching theme of proving oneself in a stifled, male-dominated world, the 10-episode season is another masterpiece in both storytelling and cinematic artistry.

As the returning cast of characters circle the queen’s orbit (Tobias Menzies as the dull Duke of Edinburgh, Helena Bonham Carter as the justifiably bitter Princess Margaret), the plot is anchored by an unmarried Prince Charles (Josh O’Connor) in love with a very married Camilla Parker Bowles. With mounting pressures to secure a future queen, he half-heartedly pursues a teenage Diana Spencer whose relatively anonymous life as a teacher’s aid is thrown into a tailspin of fame and flashing cameras. Personifying one of the most iconic figure of her time, 24-year-old Corrin portrays Princess Diana with natural, uncanny precision. From the iconic hair and costumes to the airy dialect and body language (movement director Polly Bennett also coached Rami Malek as Freddie Mercury in Bohemian Rhapsody), her essence of Diana’s fish-out-of-water struggles will garner deserving praise.

O’Connor, too, is captivating with his embodiment of the curmudgeonly Prince of Wales in spirit and hunched stature. He and Corrin have more chemistry on screen, it seems, than the real-life couple ever did off of it. The Julian Jarrold-directed sixth episode, “Terra Nullius” finds new parents Charles and Diana on a tour of Australia during a rare, cordial time in their marriage. With a choreographed dance number accompanied by Frankie Valli and the Four Seasons’ “I Can’t Take My Eyes Off of You,” the hour is a highlight, albeit a brief one as mounting isolation, jealousy and societal pressure close in on all sides.

Whatever creative liberties Morgan takes to drive Charles and Diana’s internal narratives forward is slightly more external with Margaret Thatcher. Personifying England’s first female prime minister, Gillian Anderson transforms into a strained, raspy-voiced political leader who makes Her Majesty look maternal. Their one-on-one meetings (referred to as “audiences”) cover Thatcher’s 11-year reign as she leads the country into the Falklands War, creating conflict with both the Queen and the Commonwealth. It’s a fascinating examination of leadership, particularly women, particularly these women at this time.

Elizabeth remains the most compelling part of the story; a person who seems to find more compassion for people outside her inner circle than her next-of-kin. She even remains calm and collected when a troubled man breaks into Buckingham Palace and stands, bloody, at her bedside. It’s jarring but necessary to show how the Queen finally connected to the ignored, unwealthy everyman that Thatcher ignored for the sake of war. Perhaps it’s also Oscar-winner Colman’s inherent warmth coming through, like it did with predecessor Claire Foy, that makes it a bittersweet farewell to another extraordinary cast (the series will conclude with two more shortened seasons covering the turbulent, ultimately tragic nineties).

Until then, viewers have the best that dramatic storytelling has to offer in Season Four: morally ambiguous characters who share a similar, mutually exclusive burden of duty and happiness.

View all posts by Brigid Presecky

an idea, feeling, or opinion about something or someone

a mark impressed on a surface by something